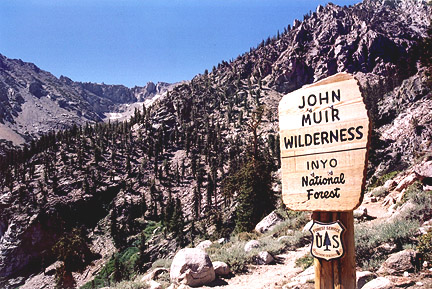 The John Muir Trail is a long-distance trail in the Sierra Nevada mountain range of California, passing through Yosemite, Kings Canyon and Sequoia National Parks. From the northern terminus at Happy Isles in Yosemite Valley and the southern terminus located on the summit of Mount Whitney, the Trail’s length is 213.7 miles, with a total elevation gain of approximately 47,000 feet. For almost all of its length, the trail is in the High Sierra backcountry and wilderness areas. For about 160 miles, the trail follows the same footpath as the longer Pacific Crest Trail. It is named after John Muir, the famous naturalist.

The JMT is 213.7 miles long. From its northern terminus in Yosemite Valley, the trail runs southeast, passing south of Half Dome and then on to Tuolumne Meadows. From Tuolumne Meadows the trail turns south, running parallel to the main range of the Sierra Nevada, through Yosemite National Park, Inyo and Sierra national forests (including the John Muir Wilderness and Ansel Adams Wilderness), passing through Devils Postpile National Monument, Kings Canyon National Park, and ending on Mount Whitney in Sequoia National Park. From the southern terminus of the JMT at the summit of Mount Whitney, an additional 10.6-mile hike on the Mount Whitney Trail is required to reach the nearest trailhead at Whitney Portal, thus making an end-to-end traverse of the JMT effectively 221 miles. 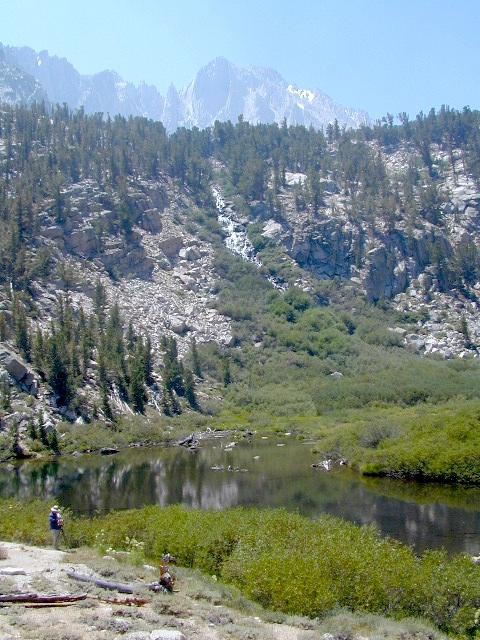