This scenic National Park is so large there are several maps covering this mini-Grand-Canyon-looking desert destination. White Rim Trail is a popular mountain bike route and primitive camping area, but it is extremely rugged and requires a 4 wheel drive vehicle. 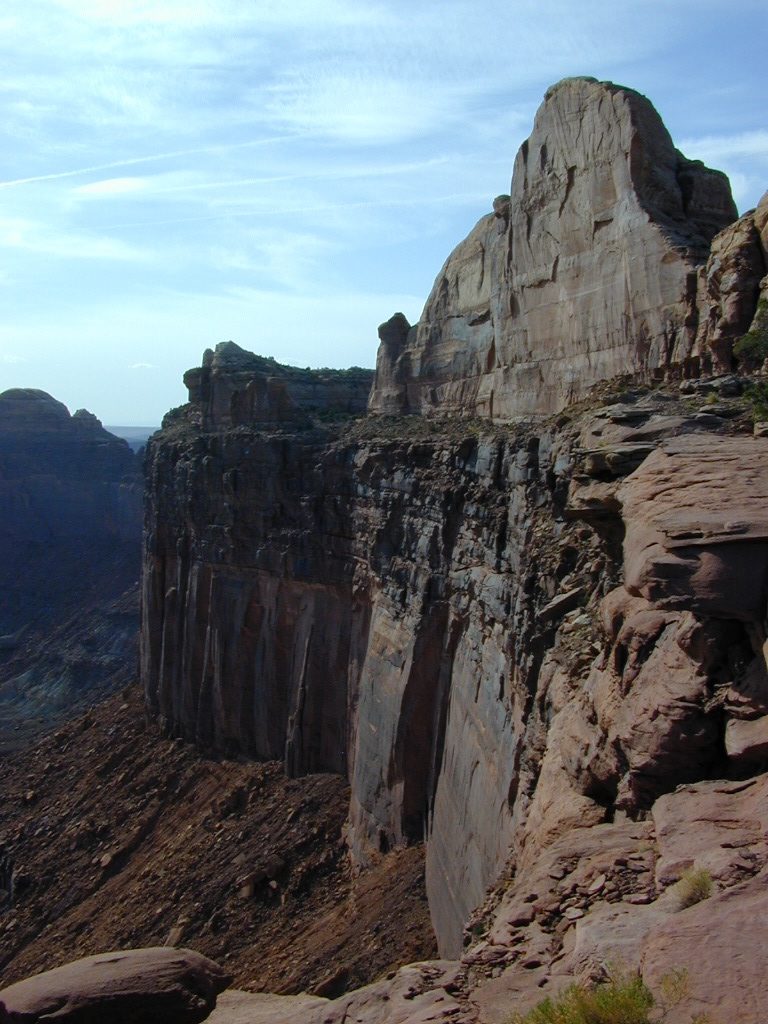 The park preserves a colorful landscape eroded into numerous canyons, mesas, and buttes by the Colorado River, the Green River, and their respective tributaries. This National Park is divided into four districts: the Island in the Sky, the Needles, the Maze, and the combined rivers—the Green and Colorado—which carved two large canyons into the Colorado Plateau. While these areas share a primitive desert atmosphere, each retains its own character. 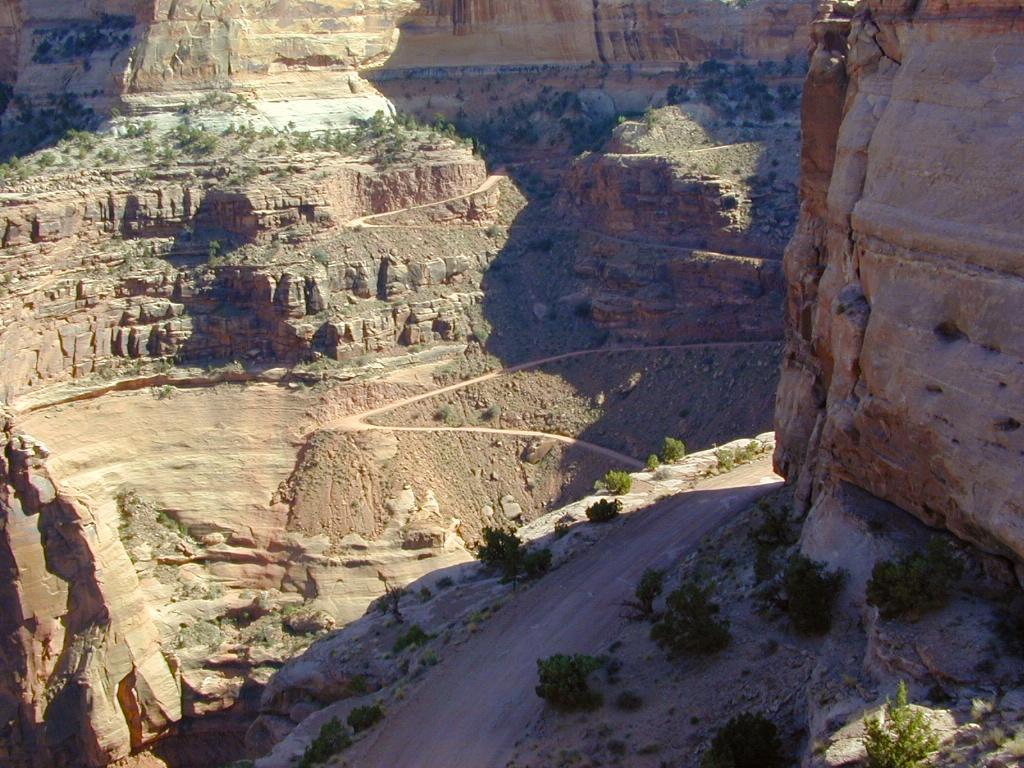 Schaffer Trail, a most scenic drive that leads back to Moab.