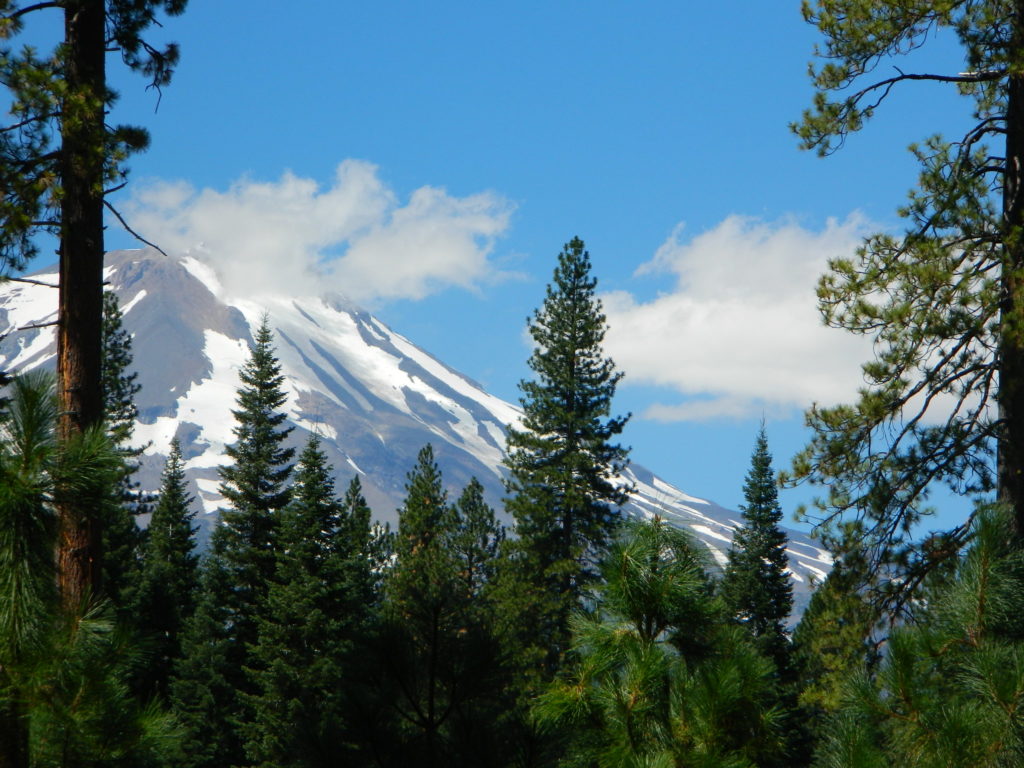 Mount Shasta is a potentially active volcano at the southern end of the Cascade Range in Siskiyou County, California. At an elevation of 14,179 feet, it is the second-highest peak in the Cascades and the fifth-highest in the state. Mount Shasta has an estimated volume of 85 cubic miles, which makes it the most voluminous stratovolcano in the Cascade Volcanic Arc. The mountain and surrounding area are part of the Shasta–Trinity National Forest.

The summer climbing season runs from late April until October, although many attempts are made in the winter. Mount Shasta is also a popular destination for backcountry skiing. Many of the climbing routes can be descended by experienced skiers, and there are numerous lower-angled areas around the base of the mountain.

The most popular route on Mount Shasta is Avalanche Gulch route, which begins at the Bunny Flat Trailhead and gains about 7,300′ of elevation in a round trip of approximately 11.5 miles. The crux of this route is considered to be to climb from Lake Helen, at approximately 10,443′ to the top of Red Banks. The Red Banks are the most technical portion of the climb, as they are usually full of snow and ice, are very steep, and top out at around 13,000′ before the route heads to Misery Hill.

The Casaval Ridge route is a steeper, more technical route on the mountain’s southwest ridge best climbed when there’s a lot of snow pack. This route tops out to the left (north) of the Red Banks, directly west of Misery Hill. So the final sections involve a trudge up Misery Hill to the summit plateau, similar to the Avalanche Gulch route.

Climbing Mount Shasta can be done in one day; however, it is often completed in two days. Climbers can ascend from Avalanche Gulch and camp at either Horse Camp @ 7,900′ elevation, or at Helen Lake @ 10,400′. Camping at a higher altitude also helps with acclimatization and often reduces risk of altitude sickness.

No quota system currently exists for climbing Mount Shasta, and reservations are not required. However, climbers must obtain a summit pass and a wilderness permit to climb the mountain. Permits and passes are available at the ranger station in Mount Shasta and the ranger station in McCloud, or climbers can obtain self-issue permits and passes at any of the trailheads 24 hours a day.